One of the nice things about Pulp Alley is that it affords you the opportunity to use miniatures that are generally overlooked, unused, or generally out of place in larger, more organized miniatures games. All three of these minis I received as swag and have sat neglected in my bitz box for a long time. After some cleanup, slottatab removal and a nice white primer coat, they painted up relatively quickly. 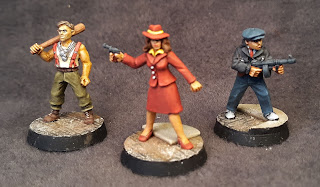 Carmen is a world-traveling thief, known for always eluding local police and private eyes. Her criminal network reaches from poor slums to the seats of government power. Among her most trusted associates are.... 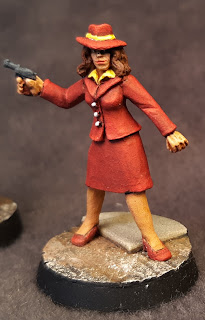 Jack - Not much is known about the man who calls himself Jack besides his experiences in the last days of World War 1 and his disillusionment with government, especially the military. He carries multiple identification tags around his neck but it is unknown whether these were from fallen compatriots or his victims. 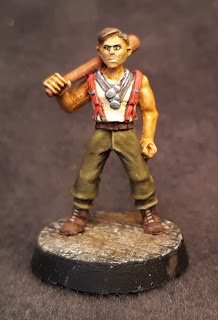 Bugsy - a young gangster from Chicago, Bugsy has an extensive criminal record despite his age. After a statewide manhunt, Bugsy was thrown into Joliet prison but managed to escape and find his way into the employ of Carmen. He has a passion for automatic weapons, fast cars, and jazz music. 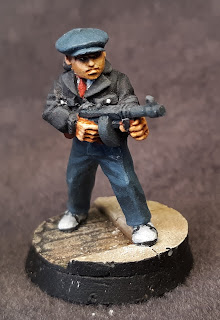