Two years ago I did a rather large commission for a client using the slightly larger 1/60 scale Fast & Furious cars as a base. The same client approached me again to do another team using similar cars i roughly the same style and I was happy to oblige. With the exception of the Halo buggy and Maisto rig, these are Mattel's larger F&F branded cars which make a nice basis for conversion.

As with last time, these cars were fully disassembled, stripped of paint, and converted using plasticard and bits. This time the client used Anvil Industry's fantastic set of Gaslands bitz which, after dealing with the poorly cast Ramshackle bitz from last time was a welcome relief. Painting and weathering are the same as the last project (a black base with rust and bare steel chipping effects) but the client asked for something to make these "pop", so they don't get mixed up with the older vehicles, so I decided to add turqouise blue to offset the orange rust (a very popular combination in marketing the last few years, especially movie posters).

And that's about all there is - a pretty straightforward project with the most time-consuming process being paint stripping. 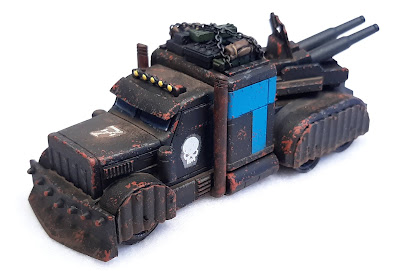 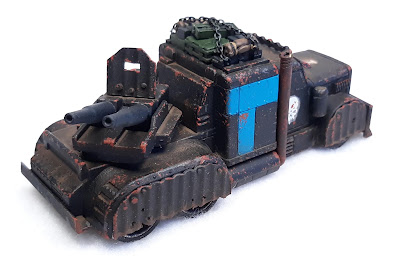 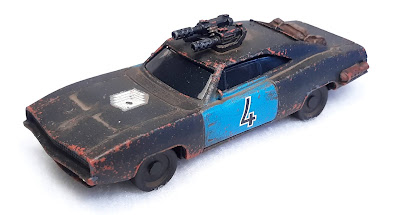 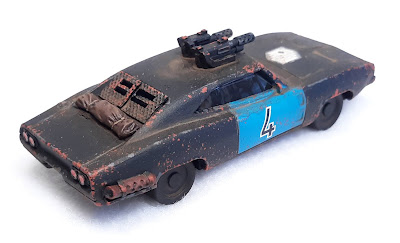 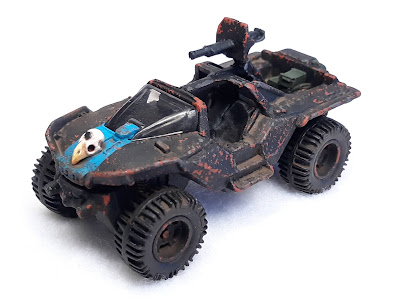 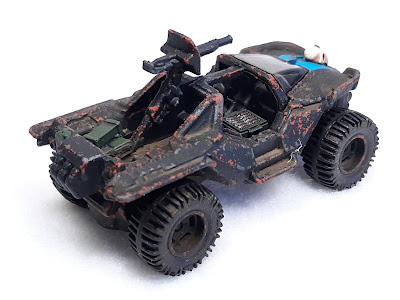 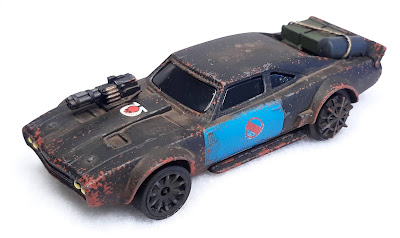 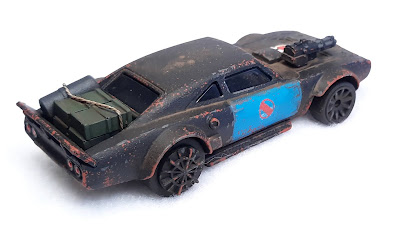 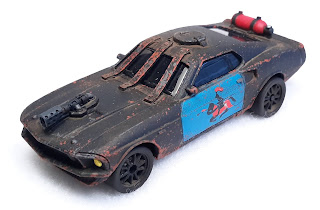 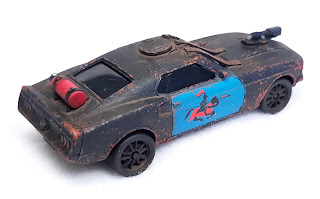 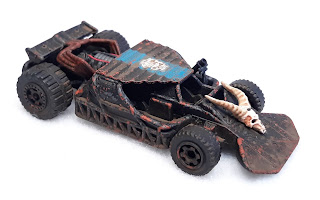 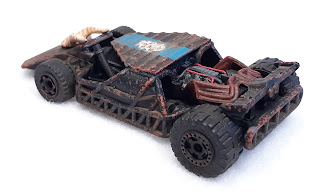