So, way back in spring of last year, I completed a small DAK force for Adepticon and I've been ever so slowly adding to it since then. Recently, I completed two AB41s (which I plan to proxy as Sdkfz 222s) and a Kettenkrad. These were painted in the same custom mix of Tamiya acrylics I'd used on both the Panzers and SPAA truck, with details done in Vallejo acrylics. Decals are from I-94 and Warlord with oil final weathering done in oils. The "dusty" effects on tires and tracks was done by adding saturating an oil wash with dry pigments in the palette. After application, the solvent evaporates leaving behind a chalky finish, which is simply wiped down to remove it from higher areas.

This is Warlord's superb little Kettenkrad. The driver's olivegrun fatigues are a little too green in comparison to the infantry I had painted prior, but I'm OK with it. I'll use this as a tow for my captured French light howitzer. 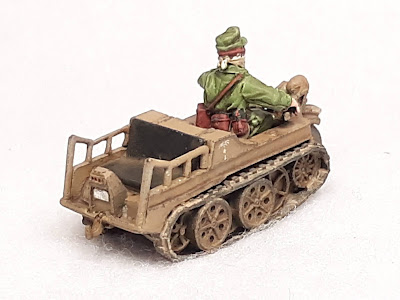 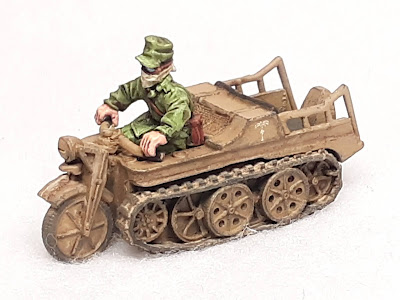 Warlord's excellent resin and metal AB41 - these are the second and third I've built and painted (the first being the one I did for my Italian Paracadutisti) and they're pretty good 1/56 versions, if lacking in some details. The first pictured here is a generic version I plan to sell, the second is the one I plan to use personally. In real life, it appears that the DAK never used these armoured cars, however their use was very common in Italy and the Balkans. 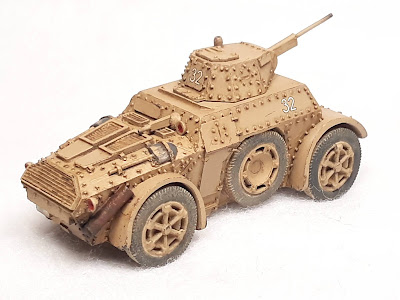 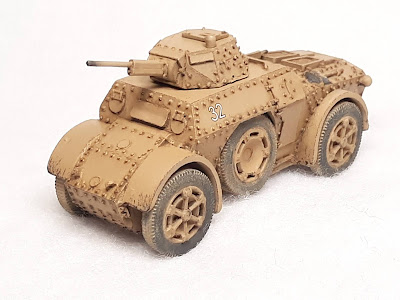 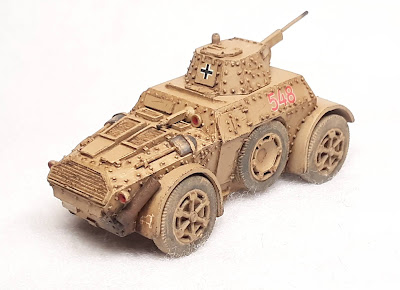 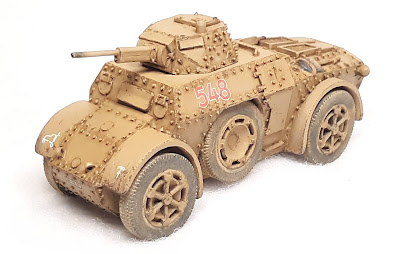